Two AUS students, representing the United Kingdom, assumed the Presidency of the Security Council, leading the committee the entire week. At the end of the conference they received an honorable mention for their tremendous efforts in facilitating diplomacy between Member States through their exceptional leadership and hard work. Meanwhile, Omar Al Mutawa, representing Germany at the economic and financial committee, received the prestigious Diplomacy Award for his solid efforts in achieving consensus in his committee and leading the European and North American blocs. WIMUN is the most accurate simulation of the United Nations in the world.

Statements from members of the travel team:

“Attending the first ever WIMUN sponsored by the United Nations Department of Public Information was truly a rewarding experience. We learned valuable skills such as drafting resolutions, arriving to consensus, and developing our communication abilities. It was the most accurate simulation of the United Nations I had experienced in my history with Model United Nations. Being honored and fortunate enough to attend the Opening and Closing Ceremonies of the conference at the United Nations General Assembly Hall felt surreal; to think that real United Nations delegates discuss matters of international affairs in that very same hall! The highlight of the conference would definitely be getting to hear Deputy Secretary General Jan Eliasson speak on the Sustainable Development Goals and youth empowerment. We all felt very privileged to be there.” – Roudha Ahli

“Representing the United Kingdom as presidents of the Security Council at WIMUN 2015 was a truly humbling experience. From being entrusted to presiding over an entire committee to giving a speech at the rostrum of the General Assembly at the United Nations Headquarters in New York was not only an honor but a learning experience like no other.” – Yonas Ackholm and Salem Al Qassimi

“Going to WIMUN has been a transformative venture both on a personal and a professional level. Never before had I combined work and pleasure with such comfort as during our sessions; we debated viciously, yet after it was all over you realize how you just made 20 new friends. It was a truly remarkable experience.” – Nasser Anwahi

“Participating in MUN has always been exciting to me as my first conference was the reason I got into International Studies. What made this one feel special is the fact that it took place in the UN Headquarters, and showcased how the UN actually worked. It provided a clear understanding of how voting is not enough to make a decision, as it compromises other countries. I enjoyed coming to consensus with other delegates. My most favorite part of the whole conference, however, was speaking at the podium of the General Assembly Hall. It was heartwarming and humbling to stand in the same place where HH Sheikh Abdullah Bin Zayed and other greats stood.” – Alia Al Hazami

“MUN in general teaches people to be able to cooperate with one another to find a possible solution for the crisis given. WIMUN taught me how to lead the committee as I was the political representative/leader of the European Union, America and Canada; although it wasn’t real, I was feeling that decisions do matter and we should act smartly and quickly in order to resolve the situation presented. Participants gain access and knowledge of negotiation and world affairs; where our own opinion doesn’t really matter, what matter the most is the policy of the country that you are representing. WIMIN familiarized us with what happens in the United Nations and gave us the opportunity to be in the General Assembly in the headquarters in New York. The stimulation could not get any more realistic than being able to be seated in the GA hall and follow the rules and procedures of the UN. Finally, the diverse group presented made us build alliances from all over the world and know more about different cultures and thoughts.” – Al Jawhara Al Juwaied

“I would like to thank the Department of International Studies for this valuable experience that taught me a lot, and a special thanks to Dr. van Gorp for being with us at the conference. WIMUN was a great opportunity for me, especially as it was my first MUN experience. I have learned a lot throughout the conference, and I highly recommend my fellow students to take part in similar upcoming conferences.” – Huda Al Hammadi

“This particular MUN conference gave me an actual taste of the decision-making process in the UN, and did a great job in indirectly explaining the many doubts I had about it, as this conference was consensus-vote based.” – Omar Al Owais

“WIMUN was an unprecedented experience that helped me understand the importance of the United Nation as a global organ. I am now more aware of my weak points and how to tackle them. I was given the opportunity to actually use all of the knowledge I have accumulated through my major and use them to my advantage. The skills of interaction and communication in a diplomatic way is my favorite legacy of going to this MUN conference.” – Khalid Al Bah

“On behalf of the AUSMUN Executive Board and the WIMUN delegates, I would like to wholeheartedly thank our department, particularly Dr. Pedersen and Dr. van Gorp, for their full support. This trip would not be possible without their efforts.” – Omar Al Mutawa, Secretary-General of AUSMUN and Head Delegate

Catching Up with Prof. John Katsos

Moving moments from the Secretary-General’s speech 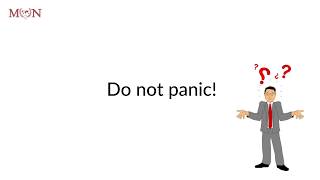 How to Write a Position Paper